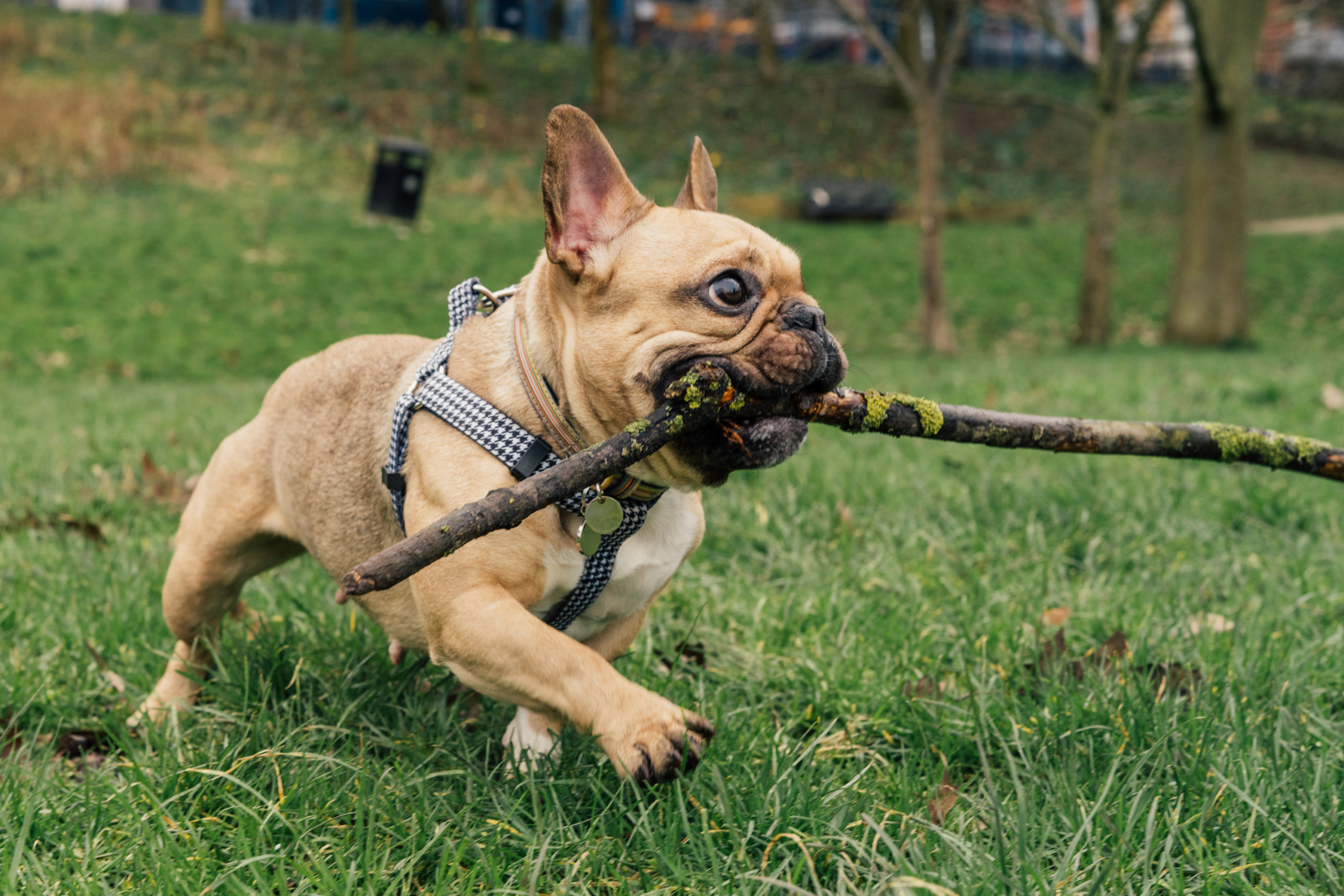 We meant to blog about this sooner but were really busy and then procrastination and then… It’s suddenly March?

Stella’s recovery from her BOAS surgery went about as well as we could have hoped it to. So if anyone’s looking for information on post-surgery stuff here we go!

The weeks after surgery

As you might know, Stella had a bit of a special BOAS experience, and the vet used a tracheotomy to pre-empt some of the expected problems she might have due to a lump in her throat (as well as you know… Just being a Frenchie)

So part of her recovery included dealing with a hole in her neck, and I’m not exaggerating, it was a literal hole straight to her windpipe. The hole is left to heal naturally so she was a bit of a state when we picked her up.

It was gross too, because she was breathing from the hole along with her regular breathing during this process, and it did everything her nose and mouth can do – so she was sneezing and drooling from it.

I wasn’t great at that side of things so Terry mostly cleaned her up when she sneezed from her beautiful neck hole.

The other gross part was having to feed her, she could only be on wet food, and the food had to be packed into small bites and fed to her, so I handled that as a trade off.

There was two weeks of this, and she couldn’t be walked in the park for that time in case anything got in the hole, she couldn’t be bathed properly and we had to make sure it stayed clean.

Not all BOAS surgery dogs need the tracheotomy. So it might not be the case for everyone that they’re dealing with a stoma.

Click here for the (slightly gory) before and after shots

Of course the other issues during this time was that her new nose and throat were healing – so there was a little blood there. Thankfully Stella can’t reach her face to scratch at all otherwise she’d have also been in a cone.

But she was fine in herself, probably because she was drugged up. Her medication list was as follows:

To break is down better – Synulox was an antibiotic, Prednisolone was an anti-inflammatory, Paracetamol a pain killer, and Trazadone was for anti-anxiety. So the poor girl had a real time of it.

As I say though, she was fine personally, maybe a little bored from lack of walks during the time? But because we kept her clean and well rested she recovered really well. the hole closed after about a week, and then took up to a month to fully heal in to a scar, but after it initially closed we were able to take her back out a little, within reason of course.

A few months down the line and she is doing great! Her breathing and energy levels has improved tremendously. We’ve honestly barely seen her out of breath since the surgery, and when she does get out of breath she seems to be able to calm down and get on top of it much faster.

She’s obviously not 100% perfect on the breathing side of things, she still snores but mostly through her nose rather then her throat and her sleep-apnea is nowhere near as bad as it was. She will get panty easier than a non-BOAS breed. But the difference is definitely there.

We’ve had a few people approach us with questions about her surgery and the process, so do get in touch if you’d like to know more!

Walkies with the pack 🦮#frenchbulldog #frenchie

Always catching her good side 😎#frenchbulldog #