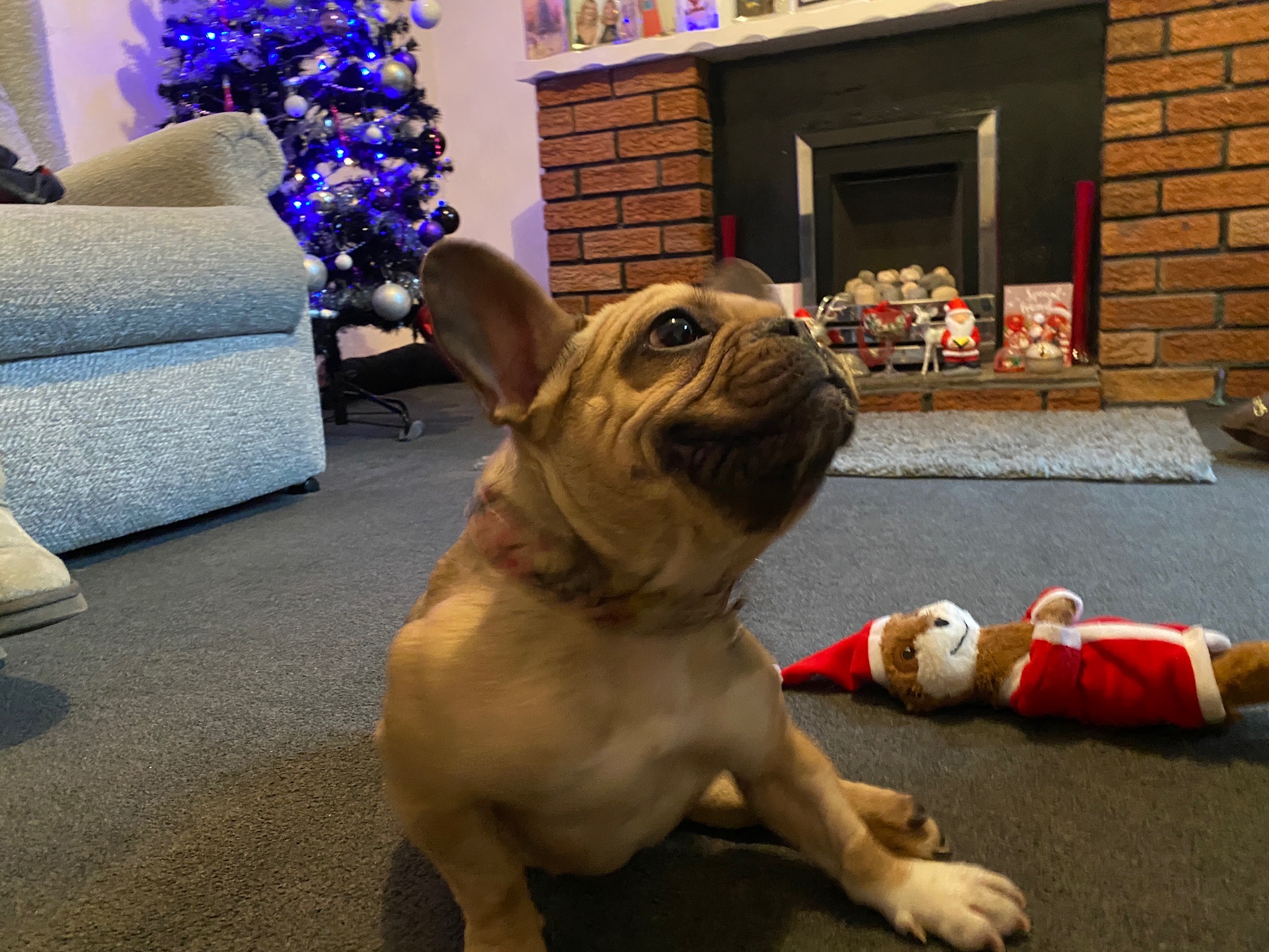 For a while we had a problem with Stella scratching uncontrollably. It tended to be worse of a morning or just before bed time.

She always had a bit of an issue with her ears being very waxy but we got her some Pro Pooch drops and thought that was it. But she was mostly scratching her ears still.

We were able to calm her down instantly by bathing her, but that’s obviously not a solution when she gets itchy at 1am.

It started getting to be daily as the weather started to heat up. So we were worried she might have an ear infection, and rang our local vets to book an appointment.

Because of lockdown we had a bit of a weird exchange at the vets where we had to stand outside, and Stella was taken to the vet, and a staff member gave the vet our number to call us on while he looked at her.

Luckily it was no ear infection. It turns out she has *some sort of allergy* I say some sort, because we didn’t really find out what it is.

French Bulldog’s are prone to a bunch of allergies, so he listed us some possibilities – Pollen, grass, food, dust. It could be any of these things.

We were given a choice of medication, steroids, or ‘Apoquel’ which the vet marketed to us as ‘Doggy Piriteze’. It’s basically an all round allergy treatment tablet.

We opted for the slightly more expensive Apoquel after the vert advised steroids have side effects like more frequent urination whereas Apoquel is usually a lot safer.

Turns out this stuff is pretty good. We noticed the benefits immediately. Stella had her first tablet, and barely scratched at all.

We figure she’s probably allergic to pollen, given how much worse it’s gotten in the summer. But because it wasn’t a one-off thing for the season, we were advised to make sure we always have Apoquel in.

We had to start her off on a larger dose, a tablet in the morning and one in the evening, after a week she was allowed to drop down to half a tablet a day.

It’s been really helpful in keeping her from scratching constantly, before the medication she was getting her ears really red.

We’ve also since heard that Apoquel has done wonders for some Frenchies with skin conditions. I guess this is just a brief blog post to mention this stuff is really good.

So yeah. Apoquel, it’s a thing!

Walkies with the pack 🦮#frenchbulldog #frenchie

Always catching her good side 😎#frenchbulldog #