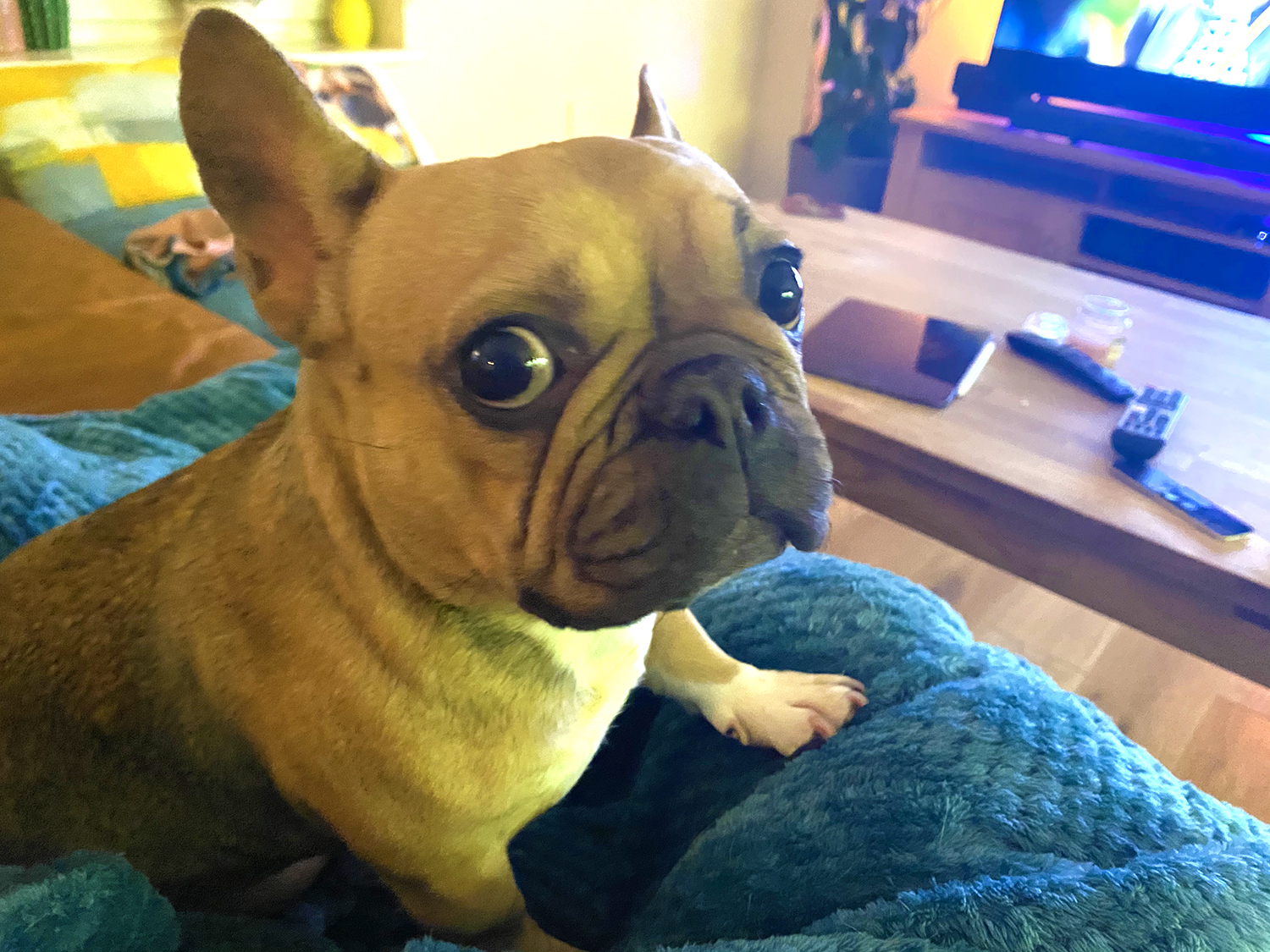 When covid rolled in, Terry and I moved to a working primarily from home situation, that hasn’t really changed after everything opened back up. We tend to do a day or two if the office, but more often than not one of us will be in the flat for the full day now.

Stella has had separation anxiety since we got her, apparently French Bulldogs are quite prone to it.

It usually manifests itself in a little barking by the door and then she will cart herself off to bed and sleep it out. But obviously since she is way more used to having someone with her these days, the anxiety has gotten worse.

We have a Furbo camera, so we can watch her when we do leave, and she paces throughout the time we are gone, and yesterday when we both left for a few hours she began shaking as we were heading out the door, which is horrible to see, and quite new for her.

The extreme worry she has tends to crop up when both of us are getting ready to leave, if one or the other is getting ready she really doesn’t care, but she knows both of us getting ready, and no big yellow water bottle means that we are leaving and probably not taking her.

There are times when Terry is out, and I will be in with the dog, but then I need to pop to the grocery shop across the street, or go downstairs for a delivery. These instances don’t tend to worry her nearly as much, I think she recognises that if I leave sudden and abruptly, I usually tend to come back quickly.

It’s the getting ready ritual that is setting her off.

What can we do?

We tend not to leave Stella alone for more than a couple of hours, anything over four and I start to feel horrible, over six is a huge nope. That said life happens and we can’t always stick to the strict plans we have. This is why we have the Furbo, so we can interact with her while we are away.

Firstly, as far as anxiety medications for dogs go, trazodone is Stella’s chill out drug. It’s prescribed, so not over the counter, but I’d recommend talking to a vet about it if your dog has bad anxiety. We’ve tried over the counter stuff such as YuCALM, but it did very little for her.

Changing the leaving ritual is another thing we’re going to try to do, most of the time the big worries come from us both getting fully ready at the same time. This isn’t tried and tested yet, but if one of us gets ready and then sits around for a while whilst the other does, hopefully it will help.

We also need to start leaving more frequently, but briefly. Stella was used to that sort of thing before covid, but now it happens a lot less it freaks her out a bit. She doesn’t worry as much if we leave suddenly, so the old technique of leaving for 15 minutes a bunch, then increasing the time slightly will help, we did a bit of this when we first got her.

Distractions are also a huge win for Stella, we tend to leave the TV on for her, with ‘Dog TV’ from YouTube. The noises of other dogs don’t send her in to any kind of frenzy, but she will curiously watch for a bit.

Hopefully we can get her back in to a comfortable place with separation. I expect a lot of dogs are suffering from the same worries now that the world is returning to normal. Has anyone else had issues with this? Share your stories and advice in the comments!